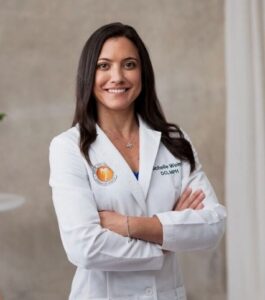 Dr. Michelle Weiner, is an Interventional Pain Management Physician board certified in Physical Medicine and Rehabilitation. She completed her residency and fellowship training at the University of Miami. Her specialty is focused on prevention, treatment, reversal of health deterioration, increasing function and managing pain. Dr. Weiner focuses on diagnosing and treating spine and musculoskeletal pain as well as chronic migraines at the Spine and Wellness Centers of America

As a mother of two children and a Physician, I am reminded daily how fortunate I am that my family is healthy.   Whether in the hospital or office, I see people struggling secondary to a family member’s trauma, illness, or disorder. I am amazed how they maintain themselves physically and emotionally being the force that guides and supports through challenging times. I became involved with an organization called the CannaMoms due to my admiration and respect for their member’s purpose and strength.  They provide awareness of, education about, and access to cannabis medicine for critically or chronically ill, medically-complex, and special needs children. Breaking down this mission brings multiple difficulties to light. Even more so than the child and family’s hardship and pain   is the concept that their child’s medication may not be accessible, offered as a treatment option or financially possible due to the fact that insurance does not cover the cost of cannabis.

Charlotte Figi, an eight year old girl with Dravet syndrome, a rare and debilitating form of epilepsy, came into the public eye in 2013. She responded astonishingly well to low-THC high-CBD oil near Colorado Springs as her seizures were dramatically reduced. The strain of cannabis called Charlotte’s Web, named for Charlotte Figi, is now well known throughout the country and many adults are using it for anxiety, inflammation, pain, and insomnia. The increasing knowledge of cannabis producers, the kinship of parents coping with similar challenges, the quality of the dispensaries, and the expertise of the labs in ensuring consistent cannabis-oil formulations has allowed for growth and accessibility of the oil.

One in 26 people in the United States will develop epilepsy at some point in their lifetime with 150,000 new cases of epilepsy per year.  One third of people with epilepsy suffer from drug resistant disease with uncontrollable seizures. Some rare seizure disorders produce hundreds of seizures daily with accompanied intellectual and behavioral problems. Each state has their own cannabis laws and guidelines.  Those who seek help by travelling to legal states like Charlotte are called “marijuana refugees.”  The evidence supports the safety of CBD, Cannabidiol oil (a nonpsychoactive chemical in marijuana) and positive effects on seizure threshold and severity.  However, from the words of a mother, I would move mountains if it meant the possibility of saving my child’s life or seeing him/her comfortable.

A large amount of anecdotal evidence shows that high-CBD strains of cannabis can have strong anti-seizure effects. The medical literature, goes back to 1843.  A British doctor named William O’Shaughnessy published an article detailing how cannabis oil had arrested an infant’s relentless convulsions. A retrospective multicenter study conducted in Israel found that CBD treatment in 66/74 (89%) children with intractable epilepsy resistant to >7 antiepileptic drugs treated for 3 months reported reduction in frequency with an improvement in behavior and alertness, language, communication motor skills and sleep. Reviewing the research, the largest study pertaining to cannabis for treatment-resistant epilepsy was published in The Lancet Neurology. The researchers treated 162 patients with an extract of 99 percent cannabidiol (CBD), and monitored them for 12 weeks. This treatment was given as an add-on to the patients’ existing medications. The researchers reported the intervention reduced motor seizures at a rate similar to existing drugs and two percent of patients became completely seizure free. Adverse effects included sleepiness, diarrhea and fatigue, common to most anti-epileptic medications.

It is imperative to also mention the possibility of drug interactions because CBD is a potent liver enzyme inhibitor. This means it can increase the concentration of other drugs in the body. When administered with other compounds, consequent effects on patients may be due to the increased exposure to those other drugs rather than the CBD itself. This is why I must emphasize the importance of working with a knowledgeable cannabis physician and being honest and forthcoming with all treatments whether prescription or not.

Currently GW Pharmaceuticals has developed Epidiolex, a nearly pure CBD preparation (98%+), to confirm the therapeutic value of this cannabinoid. This demonstrates how CBD and cannabis have started and will continue to transform our medicine and healthcare. Mothers should not have to move out of state, raise money or pay out of pocket and become their own doctor and pharmacy in order to receive medicine. The health of our children should be the priority. Focus on educating others about why CBD and Cannabis should not be a Schedule 1 drug so that more scientists and Physicians have access to perform evidenced based clinical research on humans to continue the paradigm shift and scientific evolution.

SPINE AND WELLNESS CENTERS OF AMERICA 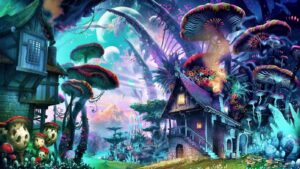 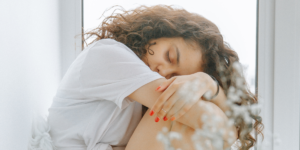 Living with Chronic Pain and Depression 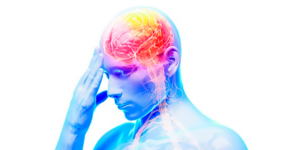