Ketamine for Chronic Pain and Depression

Cannabis as a Substitute For Opioids in Chronic Pain

IRB approved! The IRB (Institutional Review Board, also known as an (REC) Research Ethics Committee) is the independent review committee that must review and approve all clinical research.

In Florida, there are more than 400,000 medical marijuana card holders and chronic non-malignant pain is the number one qualifying condition, accounting for nearly 34% of diagnoses at certified dispensaries (FL. Weekly Updates Oct 4 2019).

In the US, 200 million opioid prescriptions are written every year and more than 130 people die every day from opioid overuse which has quadrupled since 1999, a 200% increase. Seventy-two billion dollars is spent in medical costs each year in the US for opioid abuse. The International Journal of Drug policy published that 30% use Cannabis as a substitute for opioids.

Depression and pain co-exist in almost 80% of patients and are associated with impaired health-related quality of life, often contributing to high mortality. However, the majority of patients who suffer from the comorbid depression and pain are not responsive to pharmacological treatments that address either pain or depression, making this comorbidity disorder a heavy burden on patients and society.

Cannabis use is associated with lower BMI, and lower BMI is related to lower levels of risk on other cardiometabolic risk factors. 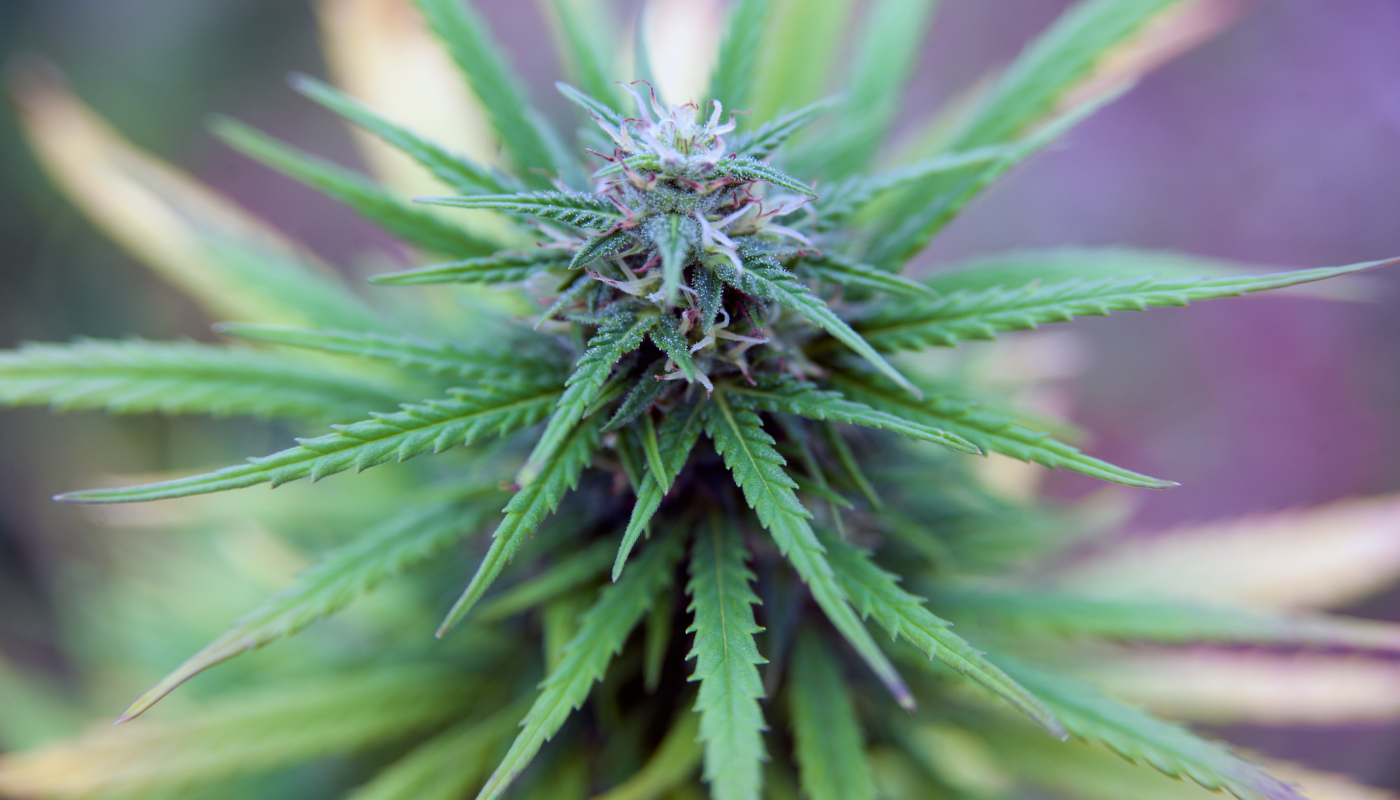 The purpose of this study is to identify what is effective and safe for older adults with chronic pain to develop an understanding of what educational materials are required for facilitate access to appropriate products at medical marijuana treatment centers (MMTC).

Survey older adults (> 50 years) with chronic pain who have MM access cards and receive their product from state-approved dispensaries to document: demographic/health data; patterns of use; product specifics; pain effects on daily life; pain-related medical conditions; education prior to MM purchase; helpful and problematic effects of MM use.

The proportion of Florida’s population that is 60 and older is growing more rapidly than other components of the population. Musculoskeletal disorders with associated chronic pain are a common problem in later life. Symptom management in older adults, including chronic pain management can be challenging (Briscoe, 2018). Medications, especially opioids, can increase the risk of confusion, constipation, falls and injury (Briscoe,2018). Medical marijuana (MM) is often recommended by doctors in the treatment of these medical conditions, guided by state law that defines qualifying conditions.

Medical marijuana use among older adults is growing at a rate more rapid than younger age groups (Lum, et al, 2019). The 2016 National Survey on Drug Use and Health estimated a 2.9% prevalence of marijuana use among this older population. However, the survey did not ascertain if use was for medical or recreational purposes (Han et al., 2016). Older adults may have important differences in pathophysiology, pharmacological interaction of medications, comorbid conditions, and toxicological responses to cannabis.

There is little evidence to evaluate the differences associated with medical marijuana use among older adults, such as individual reasons for use and problems arising with use (Haug et al., 2017).

In Florida, there are 327,492 medical marijuana card holders and chronic non-malignant pain was the No. 1 diagnosis for which patients are registered (The Florida Department of Health, Office of Medical Marijuana Use, 2020). Yet, it is not a qualifying condition, creating challenges for physicians wishing to support patient use of MM for chronic pain.

Chronic pain accounted for nearly 34 percent of diagnoses at certified dispensaries (The Florida Department of Health, Office of Medical Marijuana Use, 2019).

We hypothesize that a nano-emulsion formulation of CBD will provide a superior PK profile to an oil-based formulation of CBD. Specifically, we expect to see more rapid absorption and higher relative bioavailability. We also expect the inter-subject variability in plasma CBD exposure will be lower.

The MMJ Contact registry is a database of people who are interested in being contacted to participate in medical marijuana studies.

This registry was created by the Consortium for Medical Marijuana Clinical Outcomes Research, which is an organization based out of the University of Florida that researches health outcomes related to the use of medical marijuana.

By joining, you will contribute to research that will help the consortium learn more about medical marijuana and improve the usefulness and safety for people who are using or considering using medical marijuana, just like yourself.

Rates of individuals living with depressive disorders and chronic pain conditions are at an all-time high; there is an urgent need for the innovation of and acceptance of more effective treatments.

The mental health crisis in the US has grown to epidemic proportions. As mental illness grows, the efficacy of mainstream treatment modalities proves to be ineffective. Depression is the leading cause of disability in the US, yet depression is becoming increasingly resistant to medication and therapy can take years to decades to achieve significant results (World Health Organization, 2020).

Ironically, there is a positive correlation between the increase in depressive disorder diagnoses and the growth of pharmaceutical prescriptions (Healy, 2007, pp.79-80). At the same time that depression diagnoses are skyrocketing, the number of individuals living with chronic pain conditions are also growing.

“According to the National Institutes of Health (NIH), the number of American adults suffering from at least one painful condition increased substantially from 120.2 million in 1997 to 178 million in 2014 – about 41 percent of the adult population”.

Ironically, at the same time that individuals living with chronic pain conditions increased, “opioid prescribing rates quadrupled from 1999 to 2010” (according to the Centers for Disease Control and Prevention) (Webster, 2019).

Thus, there is an urgency for alternative treatment modalities to better aid the increasing numbers of people who are suffering from both depressive disorders and chronic pain conditions. In this study, researchers hoped to fill the existing treatment gap and investigated the efficacy of intramuscular (IM) ketamine alongside therapy for patients with chronic pain conditions comorbid with depression.

Ketamine is one of the most widely used anesthetics in the world. When used in a therapeutic setting, it targets both the physiological and the psychological domains of health. First, ketamine is a NMDA receptor antagonist and an AMPA receptor stimulator. Ketamine resets the hyperalgesia hyper-excitatory pathway by inhibiting glutamate reuptake and increasing it in the synapse. Furthermore, the process of creating connections between neurons is often completely compromised for individuals suffering from depression and PTSD, where brain derived neurotrophic factor (BDNF) plays a large part in alleviating this. Increased by AMPA stimulation, BDNF stimulates synaptogenesis, or the formation of new receptors and synapses. By acting as a NMDA receptor antagonist and AMPA receptor stimulator, ketamine may play a major role in reducing central sanitization and wind-up for individuals with chronic pain syndrome.

In addition, Ketamine also may reduce signals involved in inflammation. Its rapid antidepressant effects are thought to be due to enhanced neuroplasticity and reversal of stress induced neuronal changes.

Second, due to the altered state of consciousness that ketamine induces, individuals may face past trauma, experience a sense of unity, encounter spirituality, gain insightfulness, view visual phenomena, and alter their sense of  meaning during treatment that contributes to its healing effect.

Central sensitization (CS) is associated with the development and persistence of chronic pain conditions and occurs when neural signaling in the central nervous system (CNS) has been amplified through the wind-up process, and gets regulated into a state of constant high-reactivity.

Literature suggests that the use of virtual reality distraction for adjunctive pain control has been successful. In clinical settings and experimental studies, participants immersed in a virtual reality experienced reduced levels of pain, general distress/unpleasantness and reported a desire to use virtual reality again during painful medical procedures.

There has been research into the use of virtual reality distraction for adjunctive pain control with significant success. There has been growing evidence for the use of EEG for the measurement of pain. It has also been suggested that virtual reality could be used an alternative to marijuana and opioids for pain management. Further implications have been seen specifically among chronic pain sufferers. This is especially interesting since there is a reduced risk of addiction as is seen associated with marijuana and opioid use. This study aims to investigate the effect of virtual reality distraction on pain perception.

Additionally, we intend to create a body of open source content for potential use by other investigators utilizing similar tools.

The intervention has the potential to relieve chronic pain sufferers of their pain with a non-invasive mechanism and minimal risk. The participants may experience a temporary decrease in the perception of pain during the course of the experiment or a distraction from said pain.